Are younger generations getting shorter or taller? (Short Time) 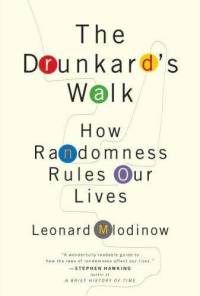 If you think that kids are now shorter or taller than how your generation used to be, read this:

He continued to notice the same effect in the height of humans that is if one’s measurement is far from its mean, the other will closer to its mean “regression toward the mean”. The process doesn’t go out of control. People don’t get dumber or smarter over short periods of time. And the same can be applied to intelligence, artistic talent, etc.

Source: Book: The Drunkard's Walk: How Randomness Rules Our Lives by Leonard Mlodinow
At 5:59 AM

Good to know, i thought the opposite! thanx for the info!

it is but sometimes you hear friends saying that highschool kids nowadays are shorter than how our generation was used to be and that younger generations are becoming shorter and shorter which is not correct ...

I think that generations are getting shorter... not because I have any scientific evidence to be honest, but because there is a hadith from out prophet about it: :)

but they're really getting shorter n shorter :P

LoL 3abali they are getting taller hmmm.. or maybe those little kids who were little became men and women before i knew it lol