Who invented the seven-day week? 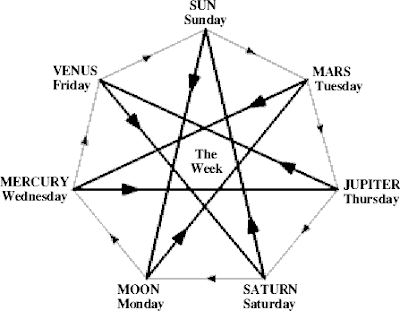 Who: The Babylonians who lived in Mesopotamia.

How: The Babylonians worshiped the Sun, the Moon and the Stars. They believed that those stars were so special and magical that they affected destinies of men and they also believed that they can predict the future by studying those stars. To them, Mars meant war and Venus meant love.

Source: A little History of the World, by E. F. Gombrich.

So if the all of the planets were known to them, we could have ended up with an 11-day week and probably with a 3-day weekend :p
At 5:22 AM

that's a good question but i don't know :p

the book is a bit confusing ... because it tells the history as a sequence of stories in each chapter

Nemo: Thanks for the tip. Will see if it makes it to my Kindle :)