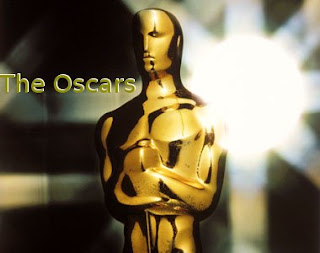 Email ThisBlogThis!Share to TwitterShare to FacebookShare to Pinterest
Labels: Events

I loved the movie bs that was a surpsrise!!

yeah i was surprised too :)

Yeah I was surprised that Slumdog Millionaire recieving 8 oscars...

and I am sad movies like "7 Pounds" for Will Smith and "Yes Man" for Jim Carry could not make it...

i too expected a leading role for Brad Pitt.

i still didn't watch seven pounds or yes man, will be added to my list

8 Oscars for the movie that i haven't seen
x3

Slumdog Millionaire (8 Awards)?
really?! :O
i know it’s a very good one but it don’t deserve all these awards :P
my sister will be shocked :P she didn’t like it!!!

If I was at the voting committee, results would've been different :)

i just saw Slumdog Millionaire!!;p i thing it deserves the 8 ocars!!;p

yes... I agree that Slumdog dont deserve all those Oscars!!!

for example best directing could have gone for a moves like Batman, or Australia or Benjamin Button

7 pounds for will smith is added to my most fav movies list... yet it was not nominated for anything :(

Hashimoto: go watch it bl cinema :)
its a nice movie :)

zina: lol i was surprised too but i think maybe we should check the rest of the movies ... maybe this was really the best hmm


Bashar: what was ur best picture for the year? :p

Naseem: i wonder why 7 pounds wasn't nominated for anything? when was it released?

mashalla 8 oscars,, bas if im not mistaken, few years ago, lord of the ring had 11 oscars mashallla

I THINK ALL OF THEM SUX AND THEY DON'T KNOW HOW TO PICK!!;P

loool j/k but the only movie that i really enjoyed is ....the dark night!!;p

slumdog millionaire .. it deserves more than 8 oscars !
so intersted and i plan to watch it second time !!!

I just saw The Duchess and loved it!!

His Sweetheart: glad u liked it :)) enjoy the rest
I'm gonna download too now :)

Given that I barely saw a couple on the list, and even if I saw more, I (neutrally) would say WALL-E :D