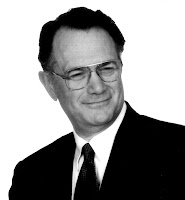 Stroke is one of the leading causes of disabilities in adults. Once the brain damage happens, there is little help that modern science can provide until Dr. Edward Taub invented his treatment (CI Therapy).
Dr. Taub’s treatment helped patients re-wire their brains. Patients who were paralyzed for years and were told they would never walk again began to walk.
Dr. Taub started working on his idea while he was a graduate student. The theory that explained our physical movement at the time was Dr. Sherrington’s Reflexological Theory of Movement.
Dr. Sherrington’s experiment was to cut all the sensory nerves in a monkey’s arm (a process called Defferentation). After the experiment, the monkey couldn’t move his arm although the sensory nerves were cut and not the motor nerves (which control the movement). Dr. Sherrington suggested that the movement must be based or initiated by the sensory part and that the monkey couldn’t move his arm because he had destroyed this part.
Dr. Taub modified the experiment by placing the good arm after the operation in a sling to restrain it. The monkey was then able to start using the affected arm. This is really critical because it implies that stroke patients with treatment can use their damaged parts again.
In the book Dr. Taub’s treatment is explained in details and recovery cases are also mentioned.
I was hesitant to post about Dr. Taub because there are so many details that you need to read in order to get the full picture.
Reference: Book: The Brain That Changes Itself By Dr. Norman Doige
http://en.wikipedia.org/wiki/Edward_Taub
At 2:41 AM