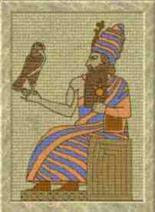 In 1790 B.C.E, Hammurabi became the king of Babylonians. To establish unity among his kingdom, Hammurabi created a set of Laws under a single legal system. out of the 282 laws, 49 Dealt with marriage:

* Men were permitted to have two wives but women were only allowed one husband.

* If the wife was childless, her husband could pay her about a pound of gold for a divorce or take a second wife who would rank beneath the first wife.

* If a wife became incapacitated by disease, a husband could marry a second wife but had to support the first wife as long as she lived.

* A man who divorced his wife who had borne him children, had to support her until the children were raised, she then received part of his property so she could marry the man of her heart.

* A woman who ruined her house, neglected her husband and was judicially convicted could be divorced but would be forced to remain with her ex-husband as a servant even if he remarried.

* A woman whose husband left her received a divorce, but a woman who left husband was thrown into the river (and presumably drowned).

From the book, Making Europe Volume 1

Email ThisBlogThis!Share to TwitterShare to FacebookShare to Pinterest
Labels: Books, did you know?, History

LOL I guess woman had better learn to swim then :P meesakeeen thrown in the river!

So is it not possible that his rules are adaptations of the teachings of many messengers of God throughout time?

Seems like he granted and protected women's rights, something which wasn't common at all.


MBH: I don't know but Hammurabi was known to be wise and was famous for his set of laws.

nice topic...i read an article few weeks ago about Hammurabi's laws it was quite interesting:)

Interesting! I vaguely remember something about Hammurabi's laws from uni days but they weren't marriage related.

You've made me want to read more about the dude ;)